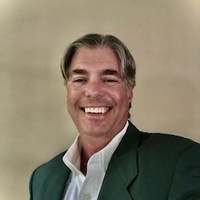 When the stock market crashed in 1987, Jim Gibbons recalls talking through it with his father, who was a financial advisor. When Jim expressed concern about the crash, he remembers his father replying, “Sometimes the best opportunities lie in uncertain markets.”

Taking his father’s words to heart, Jim began his career as a financial advisor in 1998. He set out to help guide people through the maze of the markets and usher them along their path to retirement. In these early days of his practice, Jim set the foundation of his investment philosophy, which he calls “Invest in Strength”, through his discovery of technical analysis.

As Jim continued to blaze his own path in the financial services industry, he co-founded what is now known as Alpha Pointe Capital in 2012. He began focusing on assisting other entrepreneurs, business owners, and corporate executives with 401(k) and wealth management services.

After discovering the need for 401(k) and wealth management services in emerging industries, Jim now spends time facilitating entrepreneurial ecosystems through his efforts on various councils, trade organizations, and advocacy groups. His involvements include:

Why? He strives to be a part of the movement. Plus, helping facilitate brilliant emerging companies as they’re being built is endlessly rewarding. At Alpha Pointe Capital, it’s the solutions-oriented services that help these businesses and companies “make it”.

In keeping with the tradition of supporting his community, Jim has spent his time supporting certain environmental groups, hospitals, and other charities.

AWAY FROM THE OFFICE

When he’s not in the office, you can find Jim outdoors – hiking, hunting, snowboarding, beaching, golfing, and running are some of his favorite activities. He also enjoys playing outdoor sports like lacrosse, tennis, and tailgating (yes, it’s considered a sport in some circles!).

Jim’s wife is an elementary school teacher and is one of the best cooks he has ever met – he and his family feel blessed to learn some of her secrets and taste the final products. Jim’s loves taking his two boys on any one of his outdoor adventures.